The PMBRC conducts a wide-ranging research programme, focusing on the central areas of pharmaceutical and biotechnology development. The key research areas can be summarised under the following themes:

Analytical science is central to the operations of a wide range of industry sectors. The PMBRC has a suite of analytical equipment capable of fully characterising active pharmaceutical ingredients (APIs), excipients, in-process intermediates and finished products. The PMBRC conducts research in the following areas:

The centre also provides a range of analytical services and supports to industry partners.

The PMBRC has extensive expertise in the field of Molecularly Imprinted Polymers (MIPs). This research strand focuses on integrating MIPs with novel sensor technologies for the highly sensitive and selective analysis of complex chemical and biological mixtures. One goal is to use these sensors in process analytical technology (PAT) applications. The application of MIPs to enantioselective catalysis and process separations is also being examined.

For many of us, taking medicine is part of our daily routine. But have you asked yourself about the effectiveness of your medicine? Or whether the active ingredients are reaching the parts of your body where they’re needed most? Is there another, more efficient way to deliver the drug to where it’s needed? These are some of the questions being asked by the PMBRC.

What is Drug Delivery?

Many of us take medicines as part of our daily lives without considering the technology embedded within the medicine. At the heart of any dose is the active ingredient or drug, but these are always formulated with a range of inactive ingredients which can play a crucial role in the functioning of the drug. Increasingly, pharmaceutical companies are employing advanced technologies to improve the therapeutic benefit to the patient. These technologies may prolong the release of a drug, improve absorption within the body, target the site of release and improve patient compliance.

Such approaches and technologies are generally referred to as drug delivery, and researchers at the PMBRC are working on a number of drug delivery projects. The aim is to tackle conditions which are poorly served by existing medicines on the market.

Building on well-established expertise in chemical and biological sciences, the PMBRC has active research projects in the following areas:

In addition the centre assists companies in formulation development and has standard oral dose formulation capability and equipment.

To work, (nearly all) drugs must make their way into the body’s cells, which are composed largely of water. Increasingly however, promising molecules coming out of drug discovery labs are not very soluble in water (BCS Class II or IV). The formulation of these drugs poses a major challenge for the pharmaceutical industry.

One solution is to embed the drug molecules into amorphous polymer carriers. These carriers prevent the drugs from grouping together in clumps/crystals that can be very slow to dissolve. Through work funded by Science Foundation Ireland, PMBRC researchers are studying ways of dispersing poorly soluble drugs in such carriers. This research investigates the thermodynamic and kinetic stability of these dispersion systems and studies the effect of the manufacturing process on the properties of the dispersion.

The researchers are also trying to understand why some polymers work better than others in improving drug solubility. Ultimately, these drug-polymers can be mixed into patient medicine.

The skin is the largest organ in the body and as a result it should provide an excellent route for drug delivery. The skin, however, has evolved to keep things out, not let things in. Only a handful of drugs — nicotine, for example — have the precise chemical properties required to make their way through the skin’s various layers.

Since the first transdermal patch was approved in the late 1970s, fewer than 30 drugs have made it to market in this format. The PMBRC’s HIPODERM project addressed some of the problems associated with getting drugs across the skin. Funded by the EU’s Marie Curie Programme, HIPODERM was an international consortium that included EirGen Pharma Ltd, Cardiff University and An-eX Analytical Services Ltd. Work on spin-off projects is ongoing at the PMBRC.

The drugs evaluated in the project were highly potent. High potency drugs require only a tiny amount, often less than the weight of a grain of sugar, to have a therapeutic effect. However, exposure to large quantities of these drugs can be highly toxic or even fatal and specialist facilities, such as those at EirGen Pharma, are required to handle them.

As part of the project, PMBRC researchers have been working on delivering drugs for the treatment of non-melanoma skin cancers, one of the most common forms of cancer in Ireland, and the transdermal delivery of therapeutic peptides. The goal here was to target the drug to the affected skin layer and avoid leakage into the bloodstream where they can cause unpleasant side effects. Formulation strategies used included polymeric patches and microneedle technologies. Further details are available here.

An alternative being explored by the PMBRC is to deliver these molecules transdermally using microneedle technology. Microneedles are arrays of miniature needles, less than a millimetre in length, which can penetrate the skin layers but are too short to hit pain receptors.

Funded by the Waterford Institute of Technology Postgraduate Scholarship scheme, PMBRC researchers are incorporating biopharmaceutical drugs into patches containing rapidly dissolving microneedle arrays. The microneedles dissolve deep within the skin, releasing the drug that can then make its way into the bloodstream.

D. Drug Delivery to the Eyes

There are a wide range of ocular (eye) conditions such as infections, glaucoma, dry-eye syndrome and age-related macular degeneration which require specialised drug delivery technologies. Currently, many of these conditions are treated with eye drops, but the eye has evolved a very effective tear and blinking system to remove foreign material (including drugs) from the surface of the eye. Consequently, eye drops must be administered frequently to be effective and often suffer from poor patient compliance, especially amongst the elderly.

The ORBITAL (Ocular Research By Integrated Training And Learning) network at the PMBRC is an EU-funded Marie Sklodowska-Curie Innovation Training Network (MSCA-ITN). This ITN is recruiting and training 15 early stage researchers (PhD students) across Europe to develop drug delivery technologies that can help treat posterior segment diseases of the eye, e.g. age-related macular degeneration and diabetic retinopathy. In so doing, ORBITAL aims to improve the quality of life and clinical outcomes for patients with these conditions.

The network is built on an intersectoral consortium (academia, industry, clinicians, patient advocacy groups and hospitals) composed of 23 members from Europe, Canada and the US. The goal is to train researchers to PhD level, ensuring that they have a clear focus on patient needs and interdisciplinary skills. We will have a strong focus on outreach, dissemination, patient and public engagement.

The lungs are a complex organ containing kilometres of airways and millions of air sacs. Delivering drugs deep into the lungs for the treatment of conditions such as asthma and chronic obstructive pulmonary disease (COPD) requires a complex marriage of chemistry, physics and engineering.

One approach is to use dry powder inhalers (DPIs). DPIs contain fine drug particles blended with a carrier material (usually lactose, the sugar present in milk). When the patient takes a breath, the powder is drawn through the mouthpiece of the inhaler. The turbulent flow of the powder causes the fine drug particles to detach from the lactose and they are carried into the lungs.

In order to work properly, the drug must stick to the lactose particles, but not adhere too strongly such that they do not detach on actuation. The physico-chemical properties of the drug and lactose are critical to getting this balance right.

Funded by TEVA Pharmaceuticals, PMBRC researchers are using a variety of techniques to probe the interactions between the drug and carrier. In particular, the researchers have been able to understand the effect of certain formulation and processing factors which affect the performance of the DPI device.

F. Depot Injections for the Treatment of Chronic Illness

There are many chronic medical conditions where patients are on medication over prolonged periods of time. The effective treatment of these conditions is dependent on the patient consistently taking their medication as directed by their doctor – something which many fail to do for a variety of reasons. If a GP could administer a dose to the patient which would slowly release the drug over a period of weeks, or even months, it would greatly aid in the treatment of their illness.

In collaboration with the SEAM Research Centre and two Waterford-based GPs, researchers in the PMBRC have identified one specific condition which is not adequately controlled with existing therapies and are working on a depot formulation which will release the drug over a period of at least two months. The work was initially funded by Science Foundation Ireland, but is now funded by the Enterprise Ireland Commercialisation Fund due to the commercial potential of the technology.

Biomedical research within the PMBRC identifies sensitive biomarkers of disease presence, type and progression, for the purpose of early or tailored interventions. Typical areas of focus include:

Biomarkers being analysed include cytokines and chemokines, circulating vascular cells, leukocytes and cell-derived microparticles. Gene expression and cell pathway activation in cancer patients is also being determined along with the immunohistochemistry of tumour tissue microarays (TMAs).

Molecular biotechnology research at the PMBRC is focused on microbial genetics, metagenomics and biotransformation research projects. The research involves:

Real-Time PCR, DNA sequencing, functional metagenomics, PFGE and gene library screening are some of the techniques used in this research. The identified genes and enzymes can be used in bioremediation and in the targeted synthesis of enantiomerically pure compounds.

A cohort within the PMBRC, the Ocular Therapeutics Research Group (OTRG) is focused primarily on the development and production of novel therapeutics to treat various chronic and acute diseases of the eye. This is achieved by developing new nano- and microformulations, investigating novel therapeutics and designing innovative drug delivery platforms to improve patient outcomes and quality of life issues for a range of ophthalmic conditions. As the expertise for particular formulations grows, these are also applied to other pressing societal challenges that include Covid-19 and antimicrobial resistance.

The OTRG seeks to further develop and build upon the current SETU Waterford research strategy by producing ground breaking and innovative research, publications, and industry-ready technologies. With such a multinational, interdisciplinary, and highly skilled network, the OTRG helps enhance the relationship between SETU Waterford and local and international industry and academic partners, while remaining focused on continually producing outstanding and career ready researchers. The work within the OTRG supports each of the pillars of the SETU Waterford Research Strategy through considered focus on impact – both the economic impact to society that the research can bring, and the impact upon the researchers (both early stage and career researchers) that call SETU Waterford their home. 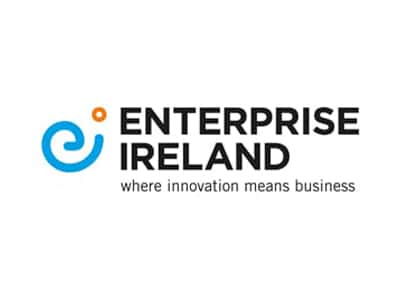 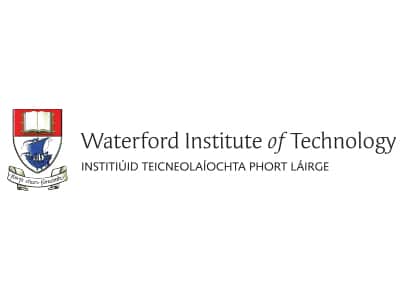 We use cookies to personalise content and ads, to provide social media features and to analyse our traffic. We also share information about your use of our site with our social media, advertising and analytics partners who may combine it with other information you've provided to them or they've collected from your use of their services. To continue browsing on this site you will need to either opt in or out to our use of cookies by clicking 'Accept' or 'Don't Accept'AcceptDon't AcceptCookie Policy
Revoke cookies