The PMBRC was named as Pharma Research Centre of the Year at the Pharmaceutical Industry Awards 2020, held on Thursday 4th December. It is the first time that the PMBRC has won this prestigious and hotly contested Research Centre award. Since launching in 2014, the Pharma Industry Awards has established itself as the benchmark for excellence for those operating in Ireland’s pharma industry. This year’s event took place online due to COVID-19 restrictions. The Research Centre of the Year award recognises outstanding achievement, business growth, operational excellence and impact.

“We are thrilled that our achievements over the past year have been recognised by our peers in the pharma industry and academia” said PMBRC Manager Dr. Niall O’Reilly, speaking after the awards ceremony on Thursday. “Over the past 12 months we have significantly grown our research activity, won major funding awards and increased our engagement with industry and international academic partners. We are particularly proud of our commercialisation activities which resulted in 6 licence agreements and the formation of two WIT spin out companies, OcuDel Ltd. and BioEnz Technologies Ltd. We are also active in COVID-19 research with two major projects on PCR testing and anti-viral inhaler formulations underway”.

Although this is the first time for the PMBRC to win the Research Centre of the Year, we are no stranger to awards having picked up the R&D Achievement prize in 2017 and 2019. The centre also won the “Outstanding Academic Achievement Award in the field of Digital Technology” at the 2019 Technology Ireland Awards in collaboration with WIT’s TSSG research centre.

Further details are available at www.pharmaawards.ie 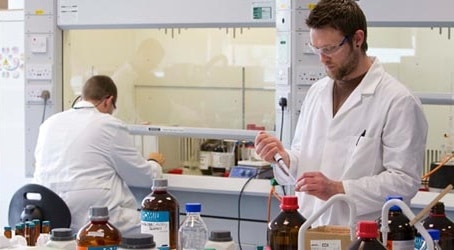 Waterford putting INNOVATION on the map in WIT’s West Campus

September 25, 2020 by BMURPHY@wit.ie
We use cookies to personalise content and ads, to provide social media features and to analyse our traffic. We also share information about your use of our site with our social media, advertising and analytics partners who may combine it with other information you've provided to them or they've collected from your use of their services. To continue browsing on this site you will need to either opt in or out to our use of cookies by clicking 'Accept' or 'Don't Accept'AcceptDon't AcceptCookie Policy
Revoke cookies